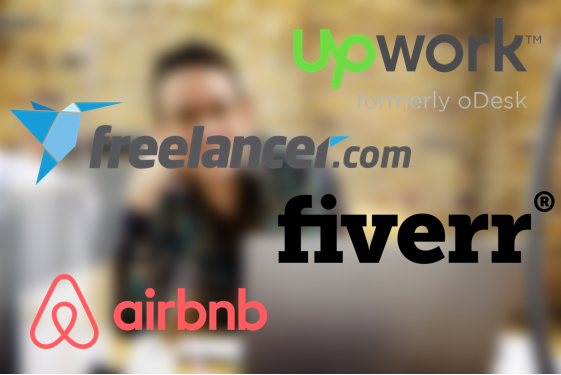 Throughout the 20th century (and indeed before then), organisations have been built on the assumption that their workers needed to work for them.  For the vast majority, all of whom had rent and bills to pay, the only way to generate an income was to sell their labour to an organisation.

This need (for income) and lack of alternative options for most was the predominant factor in shaping the thinking and practice of how people were managed and how organisations were structured. Employee ‘wants’ such as doing work they loved, playing to their strengths or flexibility was not considered, and many attitudes, processes and management behaviours were based on this thinking. It led some managers to get away with some pretty ropey leadership.

Even the dreaded and useless (and now fortunately increasingly abandoned) annual review process was largely a manifestation of this thinking and was more about the process of setting reward, than giving people anything they actually wanted such as timely and useful feedback.

But in the new world of work, employees don’t actually NEED to work for an organisation any more. There are now ever increasing opportunities to generate income beyond having a job, not just for the few, but for the many.

There has been much in the press in recently about the so called ‘gig’ economy, where people sell their labour (well more typically their skills as services) on a freelance basis – the explosive growth of peer-to-peer marketplaces such as Upwork.com (was Odesk and eLance), peopleperhour or Fiverr make this really simple, safe and flexible.   There are predictions that within the next five years, more than 40% of working people will be engaged in the gig economy in some form.

But it’s not just gigs. You could make an alternative income from driving for Uber or Lyft, or renting out a room or flat through AirBnB.

Starting up you own business is another way of creating income on your terms and it’s never been easier to get a project funded and off the ground using crowd funding sites such as Indiegogo or Kickstarter.

And for those who don’t want to launch their own startups, working for one is an increasingly attractive option, typically offering many more of those desirable ‘wants’ when compared to established large organisations. in London, City firms are reporting almost 20% of leavers are going to work for start-ups, often for considerably lower salaries.

The employee value proposition in the NEED economy has predominantly been based on reward and now with multiple real alternatives to get an income especially for talented people (the ones we want to work with us right?), that simply isn’t enough.

To attract, engage and keep the talent you need now and will need in the future, organisations must offer what people WANT.  This starts with finding out what they actually want (try asking them) and it includes real growth and development, playing to strengths, a sense of purpose and flexibility in location and time.

And what of leaders in the want-to-work world?  They are of course key to delivering what talent wants, but in my experience most managers have been conditioned to lead (or just manage?)  in the need-to-work world.  They now need to adapt their leadership attitudes and behaviours to coach, praise, mentor, encourage, support and listen to their people – in fact all the things good leaders are supposed to do, but have got away without doing in a need-to-work world.

Leadership thinker Peter Drucker sums this up “In the knowledge economy everyone is a volunteer, but we have trained our managers to manage conscripts.”

In future posts, we’ll explore some shifts needed by leaders so that talent will want to work for them and their organisations.

If you’d like to inspire and enable your leaders to better engage their teams by embracing the future of work, then call Simon on 020 3488 0464 or email simon@simonwalker.org