The value of social media in the workplace: the power of weak links 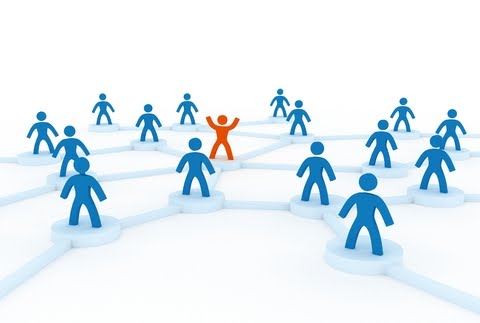 I was at dinner with a senior director in the property investments business recently. We were talking about what made his organisation ‘valuable’.

Being in investment, of course we first talked about financial capital ie what’s on the balance sheet.

Then we talked about his people – the human capital.  We agreed that if you hired smart people with great attitudes, and led and developed them well, your organisation was more valuable, even if this form of capital was somewhat intangible.

Finally we talked about social or relationship capital – and here he really got animated. He felt that his firm had superb relationships, particularly at senior levels.  He and his senior colleagues were always meeting important contacts and customers at industry dinners and on the golf course.  He felt the quality of the relationships held by members of his firm was a real differentiator.

I agreed with him, and while on the topic I asked him what his firm’s policy was on the use of social media at work.

To my surprise, he rather firmly said that it was heavily restricted on company systems, with Facebook, twitter and Youtube blocked and only Linked In allowed.

I thought this was odd.  The senior directors might be working their networks on the golf course, but what about the twenty-something rising stars? Surely they’d be mainly networking online?

Talking about his concerns about social media at work, we agreed that people would be using it anyway on their phones so a ban was bit pointless.

Was he worried about time wasting? Good performance management can make sure people meet their KPIs with or without Facebook.

Perhaps he was worried about reputation, compliance or regulatory concerns.  But as Sacha Romanavich, the new CEO of Grant Thornton said recently, “I employ great people. If I was worried that they were going to say something on social media that they shouldn’t, I’d question whether I should employ them at all.”

Finally, we talked about what is to my mind the key point when it comes to online social media and its value in building social capital of a company.  The power of weak links.

So what do I mean?  Most of us only have a few really strong links, between say ourselves and  a few colleagues we see and speak to daily.   The opportunity value here is pretty low because if you had an idea or a suggestion for someone who could help one of these strongly-linked colleagues, you would probably have already shared it yesterday, last week or last month.

With weak links – say between you and someone you met just once at a conference a couple of years ago – the chances of there being an opportunity for each other is similarly low.  However, as you can have and maintain many thousands of weak links through online social networks, the collective opportunity value of these weak links can be very high.

Together, many weak links have a far greater collective value than a few strong ones. A great way to build social capital in your organisation, especially as over time, some of these weak links become strong links as people become friends, colleagues and customers.

Instead of making it difficult to use social media in the work place, smart organisations explain the value of weak links and actively encourage social media use.

By Simon Walker. Simon speaks and consults widely on the future of work and leadership and can be contacted at simon@simonwalker.org.

Or link in with him https://uk.linkedin.com/in/walkersimon  – remember the power of those weak links!