Want your people to be self-motivated in their work? Think more like a video games designer

A few years ago when I was working with a particular group of senior leaders, one of them shared his thoughts on how tough he felt it was to motivate his younger staff.  He felt that they ‘could not concentrate’ for more than a few minutes, that they had ‘no staying power’ and simply ‘weren’t willing to put in the hours’.  He certainly felt it was more about them than his leadership or the work he was asking them to do. 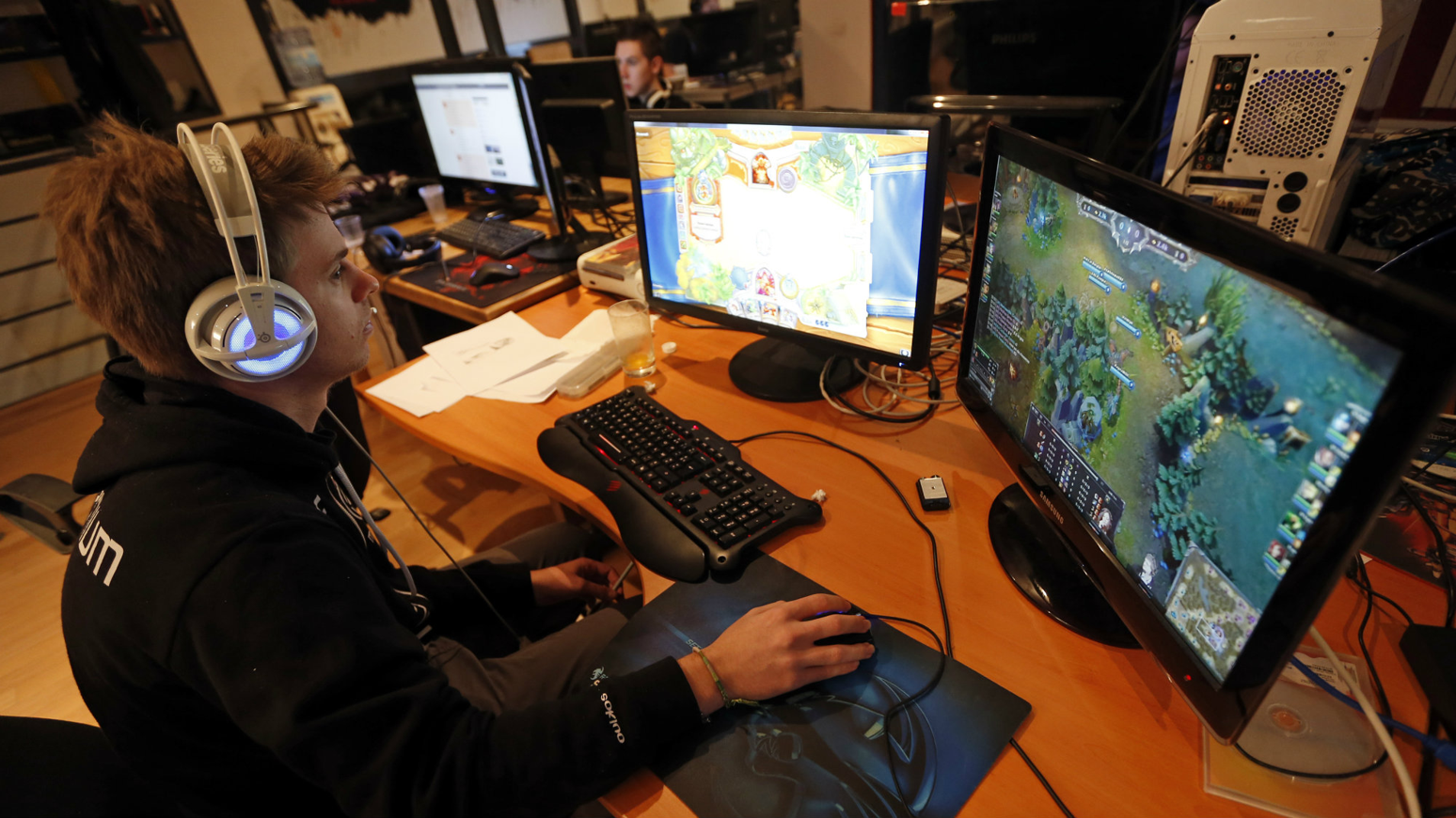 I asked him if he had any kids, and if he had, did they play video games?  He said his two sons amazed and frustrated him in that they spent endless hours gaming.  He had to admit that when it came to World of Warcraft or Call of Duty, some young people could certainly concentrate, had staying power and were willing to put in the work to progress in the game.

Maybe there was something in the nature of these games that motivated people to keep playing them, even when the actual activity was highly repetitive and even boring?  Many gamers even talk about ‘grinding’ – the necessary but often tedious activity that has to be done to progress in the game.

Our conversation turned to how he could use this insight to help get the best from his team members at work regardless of age. What was within his power as a leader to change the culture, systems and processes so that work was more motivating?

This is what I mean when we talk about designing work.

You hear lots talked about the gamification of work, but I think this is often a seriously misunderstood or trivialised.

Work (mostly) is nothing like a video game nor can you make it into one.  It is not about trying to shoe-horn work to be a version of Candy Crush or making work into something it isn’t. Instead it’s applying some key principles we observe in great games design which promote intrinsic self-motivation and people actually wanting to spend their time working. Gamification is about motivation by design.

So how might a video games designer approach designing work better?

Good games (video or otherwise), the ones people want to play for ages, have four key ingredients: a clear set of rules, clear purpose or goal, a sense of progress towards that goal and, importantly, rapid feedback between the actions taken by the player and progress towards the goal.

In a video game, the rules are baked-in. Players proactively experiment in their actions, trying different approaches to be more effective.

Paradoxically, crystal clear rules actually enable a sense of empowerment and autonomy.  If you clearly know what you can’t do, then you can crack on with trying all the different combinations of what you can to find the most productive.

Ambiguity surrounding authority and responsibility is the enemy of proactivity and motivation.

Pretty obvious, but how many of us can clearly express the contribution of the work we ask people to do towards an ultimate purpose or goal?  The clearer the link between the purpose and the work done the better.  If the purpose is aspirational, but maybe never fully realisable, then we need smaller, more attainable goals – there is a reason video games have levels!

Sense of progress towards the goal

If we feel we’ve made some tangible, measurable progress towards the goal, we feel we’ve had a good, worthwhile day at work, even if the actual work itself could have been pretty tough or dull. This sense of progress is a critical element, one that is and supported by many studies and great articles (for example this one from HBR).

In a video game, the feedback around a certain set of actions is pretty instant.  We know if something has worked or not, and if it has taken us closer to our goal.

In work design, reducing the time taken between someone doing something and getting feedback on the impact that work had on progress, however small, is the last vital step.  Reducing the latency in this feedback loop is critical.  How many ‘progress’ feedback loops are measured in months, quarters or even years? It might be time to think in hours and days.

If we are honest, how we have designed (rather assuming we designed it at all!) work often doesn’t fit this pattern.  In organisations I’ve worked with, very few areas (maybe with the exception of some great sales teams) truly understand and apply these ideas.

How much more self-motivating would it be if we looked at work in this way and put in place the culture, systems and processes to support it?

Round the world yacht racing

In writing this article, I’ve reflected on leading my round the world yacht racing team 20 years ago. 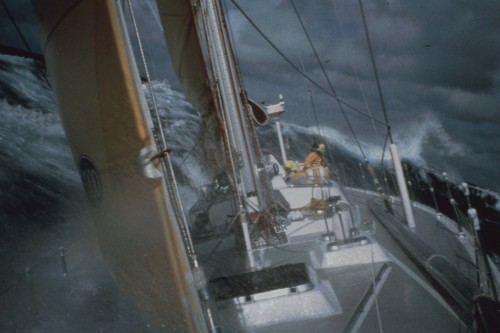 For that race, we had clear rules (the rules of the sea and the race) but were completely empowered to do whatever we needed to do within those rules.  As a result, we felt we had real autonomy.

We had a clear purpose and goal – to get to the next port of call as fast as we could, and faster than the other teams.

Our clear sense of progress was measured in miles to the finish and whether we had gained or lost miles relative to the other boats. We got this information every four hours.

Feedback for our actions (trimming the sails or changing our course for example) was almost instant as we monitored our Waypoint Closing Velocity (speed towards the next port), or received the four-hourly satellite positions and distances coming in from Race HQ.  The feedback loops between the effort we put in and the progress we made were very direct and fast.

Although we didn’t think about it in ‘games designer’ terms, it enabled us to stay motivated 24 hours a day for up to 42 days at sea through some of the toughest ocean racing conditions imaginable.  I’d like to think my leadership helped, but I suspect that the design of the ‘work’ had a lot to do with it!

If you’d like to explore work design or inspire and enable your leaders to better engage their teams by embracing the future of work, then call Simon on 020 3488 0464 or email simon@simonwalker.org 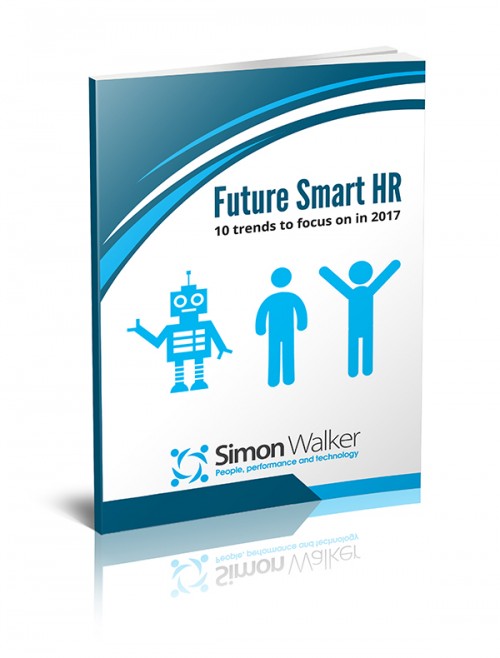 Are you an HR leader?

Exploring themes such as HR analytics, the gig ecomony and the impact of AI and automation, it shares ideas about what to do about them, and the smart questions you should be asking.